Attaouia, also called #AttaCity, is a small Morrocan town with two principles boulevards, it's located on south part of Morocco just neer of Marrakech (tow hours by car), i had the idea to visit thos city since Ramadan, i trayed to do that twice time before a weeks ago, but his week (yesterday the fisrt September 2016), i decided to break the ice and release my plan, so a got a taxi from my quartier to the Ouled Ziane gare, then i got a bus directlly to "ATTA City", i was really enjoying every moment on the bus, during my travel i maked some quick calls to my familly and friends getting there news, the sun was cool and smiley, we arrived to Atta City at 2 pm, i just eat some thing quickly  because my plan was to comeback to Casablanca in the same day, after that i visted the nice small town and looked-up for a taxi to go back to Marrakech, we arrived there in two hours, i got a bus to Casablanca, we arrived at 9pm.
What a nice quick trip!
I was feeling like happy in this city, it s same a lot to my parent's original region: Ssouss!

I hope that i can visted again inchae ALLAH. 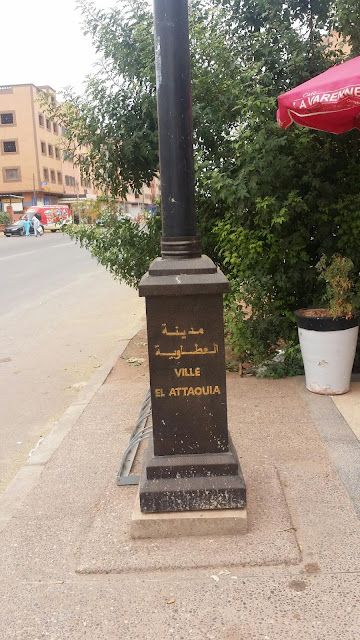